The diffusion behavior of a typical disperse dye, disperse red 9 (DR 9), in the polyethylene terephthalate (PET) film at different temperatures was investigated by ATR-FTIR and 2D correlation spectroscopy (2Dcos) analyses. According to the Fickian Diffusion Model, the calculated diffusion coefficients of DR 9 in the PET film at different temperatures were observed to increase with temperature, which might be attributed to the increased free volume and thermal motion in PET matrix and the rapid movement of DR 9 molecules at higher temperatures. In-detail analysis of the diffusion spectra discerned various kinds of molecular interactions, i.e. intramolecular hydrogen bonding interactions of DR 9, and dipole-dipole and π-π interactions between DR 9 and PET. Among them, the dipole-dipole interactions between C=O groups of DR 9 and PET occurred first and played a vital role during the diffusion process of DR 9, as deduced from the sequence order of group motions in 2Dcos analysis. 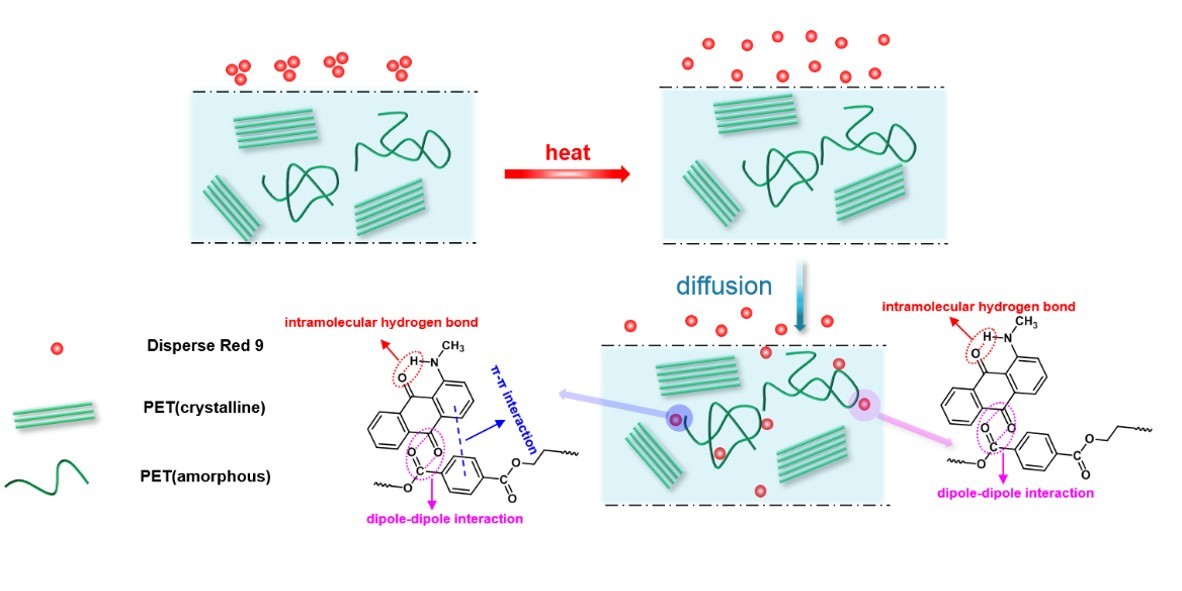