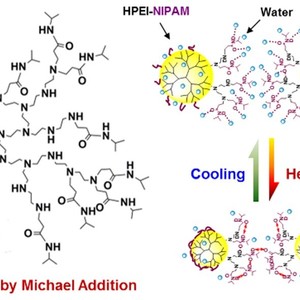 Hyperbranched polyethylenimine (HPEI) has been modified with N-isopropylacrylamide (NIPAM) by Michael addition to obtain a series of LCST-type thermoresponsive HPEI–NIPAMs. According to turbidity and calorimetric measurements, the phase transition temperature of HPEI–NIPAM shows negative correlations with both the substitution degree of NIPAM groups and concentration (75 to 38 °C from 0.2 to 10 mg mL−1). From FT-IR spectra, two kinds of carbonyl groups are found to exist in the amide I region for HPEI–NIPAM, along with the gradual emergence of a rather small band at 1648 cm−1 due to the lower conformational freedom of amide groups compared to linear PNIPAM. The absence of isosbestic points for C–H and C

O groups in the heating-and-cooling cycle also suggests that HPEI–NIPAM has a much more restricted structure. Moreover, two-dimensional correlation infrared spectroscopy was employed to study the thermodynamic self-aggregation and disaggregation behavior of HPEI–NIPAM. A two-step dynamic mechanism was identified during both heating and cooling by distinguishing the sequence order among the hydrogen bond changes, chain collapse and revival as well as water diffusion. Wherein, the formation and breakage of self-associated C

O⋯D–N hydrogen bonds are found to be always dominating in the phase transition in close relation to the chain aggregation of HPEI–NIPAM unimers and disaggregation of micelles respectively. 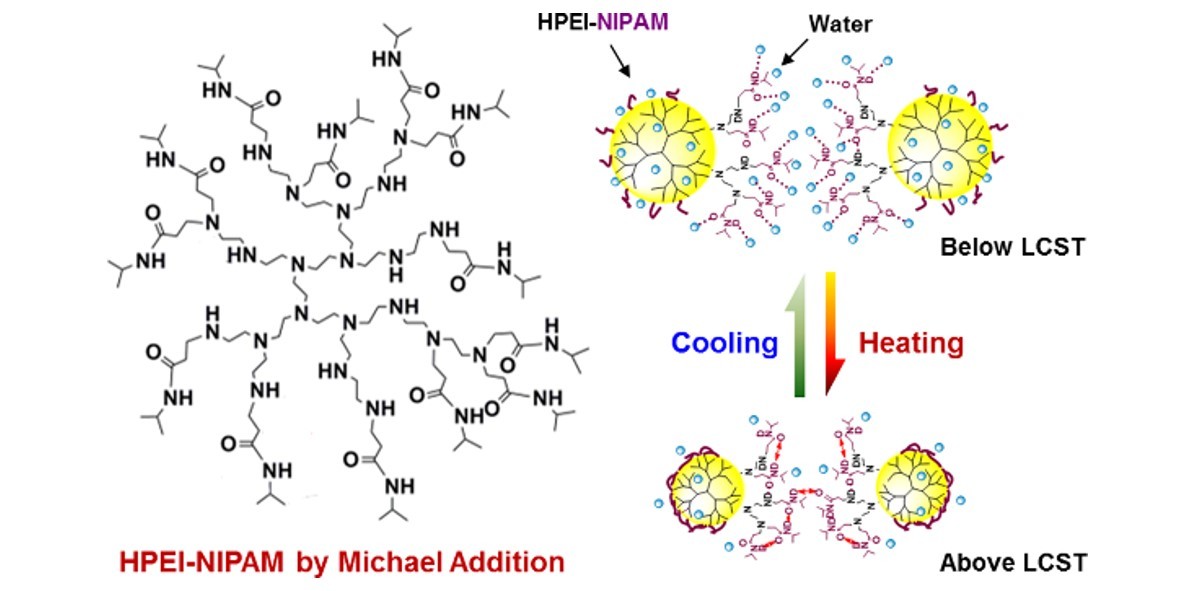