C), which induce their transition process as one. However, in the PIPOZ/PNIPAM mixture, the phase transition of the given component (PNIPAM or PIPOZ) is indirectly affected by the presence of the second component, because the strong hydrogen bonds C

C) is highlighted as the key process in macroscopic LLPS. 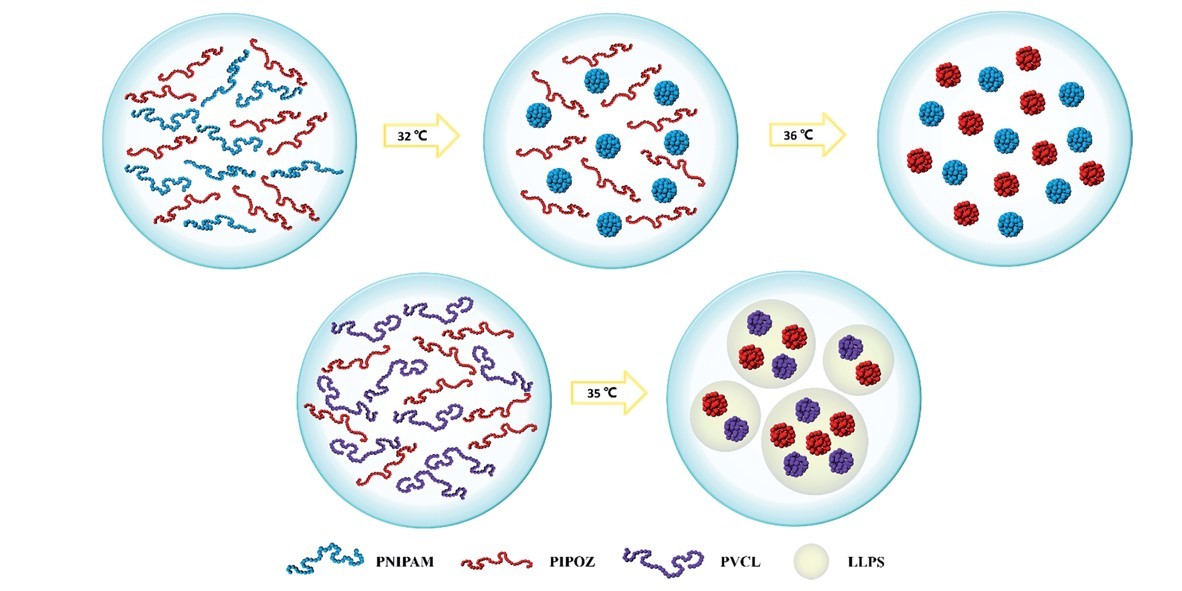