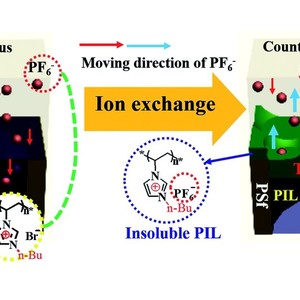 In this work, we report a novel method to prepare a positively charged nanofiltration (NF) membrane by rapid counter-ion exchange of a poly(ionic liquid) (PIL) in aqueous solution, which transforms from being hydrophilic to hydrophobic. A thin PIL layer is deposited on the supporting membrane via a phase separation process induced by an ion exchange reaction along with a self-inhibiting effect, and a series of positively charged NF membranes are obtained. The membrane formation process is mainly dominated by the concentration of the hydrophilic PIL and its counter-ions. In brief, the density of the top layer is predominated both by the PIL and its aqueous counter-ion, and the thickness of the surface layer is mainly determined by the aqueous counter-ion. A streaming potential measurement confirmed that the resultant membrane is positively charged when the pH range is below 11. The pure water flux (PWF) was up to 45.3 L m−2 h−1 under the operating pressure of 0.6 MPa. The rejection to MgCl2 of the membrane reached 84% and decreased in the order of MgCl2, NaCl, MgSO4, and Na2SO4. It also shows a high rejection of about 90% to heavy metallic salts such as CuCl2, NiCl2 and CoCl2. The method based on the hydrophilic–hydrophobic transformation of the PIL provides an alternative way to prepare a charged membrane with high performance. 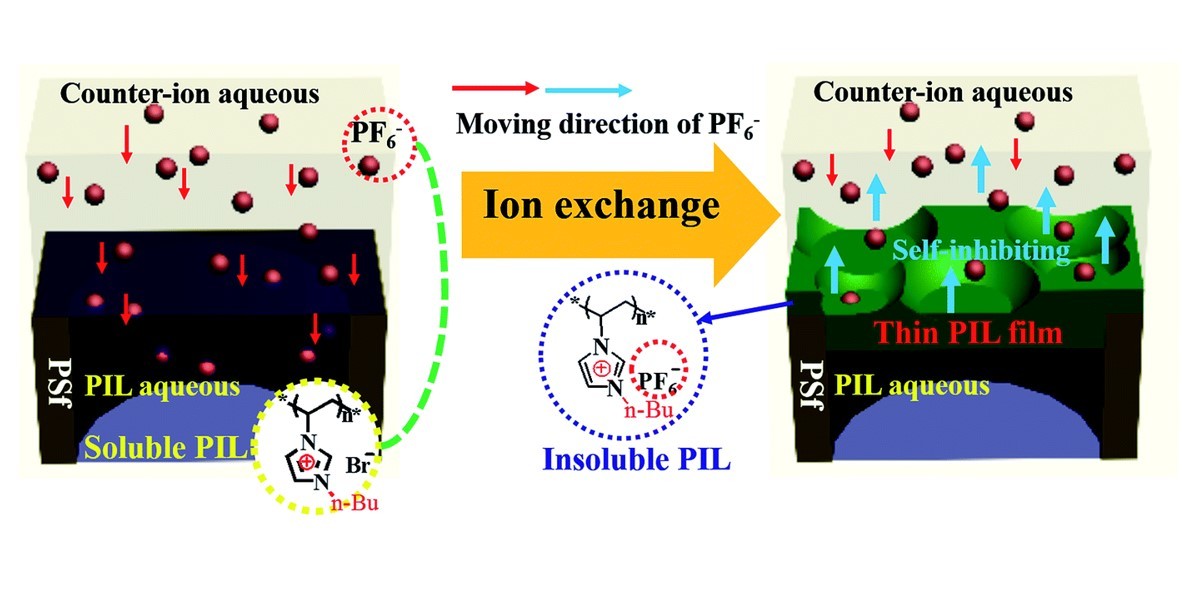