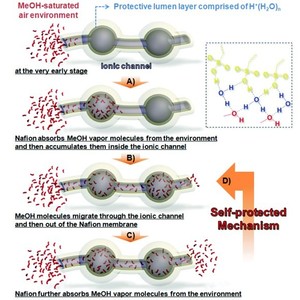 Ex situ characterizations based on TGA and XRD techniques revealed that MeOH vapor had little influence on the Nafion microstructures. To reveal the underlying mechanism, in this study, we designed new FTIR-based equipment to track in situ the microstructural changes of a bulk Nafion membrane in MeOH-saturated air. First, an interesting MeOH-breathing phenomenon was found in the ionic domains of Nafion. It demonstrated that there existed a dynamic equilibrium between the sorption and desorption processes of MeOH vapor in Nafion. Second, the FTIR results also detected the high stability of the hydrophobic regions of Nafion in MeOH vapor. The super-acid –CF2–SO3H always retained a small quantity of bonded H2O (H+(H2O)n) inside the Nafion membrane. MeOH vapor was absorbed first into the hydrophilic regions, however, the interactions between –CF2–SO3H and MeOH vapor were much weaker than those between –CF2–SO3H and H+(H2O)n. Therefore, a protective layer composed of residual water formed in the lumen of the hydrophilic ionic domains of Nafion, which protected its hydrophobic regions from the MeOH attack. Hereby, the self-protection ability of Nafion in MeOH vapor was detected for the first time. This work gave a new insight into the complex interplay between Nafion and MeOH vapor. 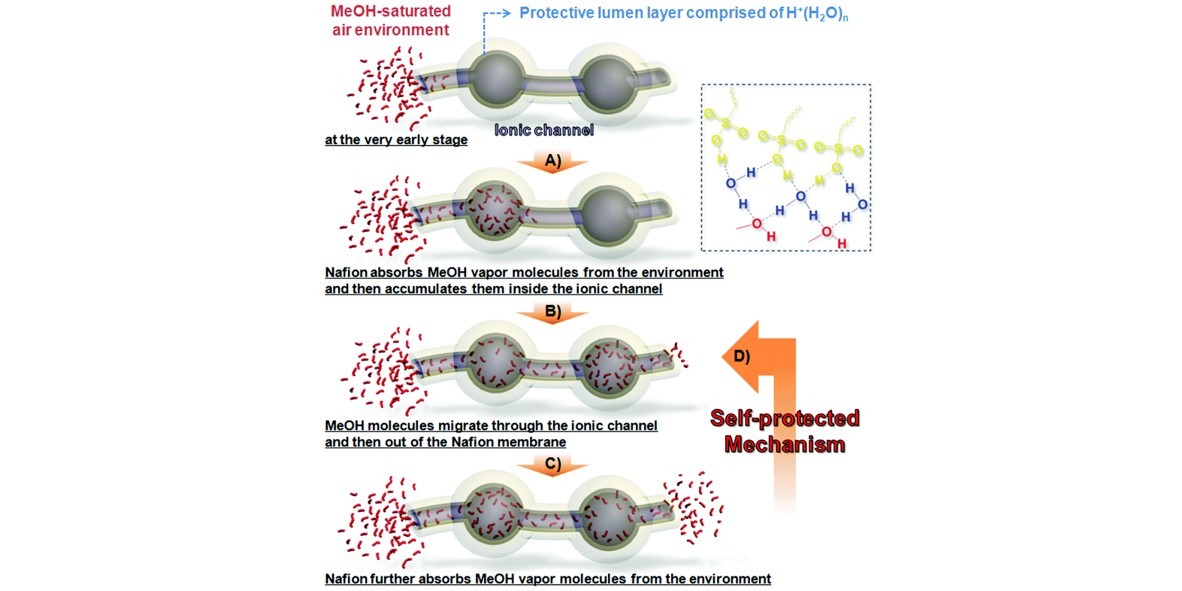